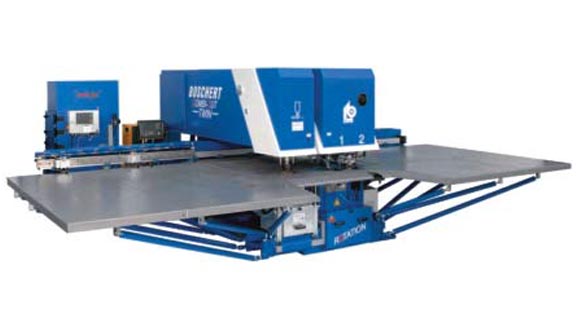 The alternative to laser cutting is plasma cutting

There’s no question about it-the laser is the measure of all things for cutting and joining metals. It frequently happens that a conventional alternative is simply lasered away, but this is not always logical. For simple cutting of sheet metal with plate shears or angled plate shears, nothing is more efficient and cost-effective than shears. However, for contoured cuts, the laser is the tool of choice. If bore holes and breakouts are required in sheet metals, punches and nibbling machines are practically unbeatable with regard to efficiency and cost, at least when medium to larger quantities are needed. However, when it comes to manufacturing individual components and small series from sheet metal and placing bore holes and breakouts in these small parts, laser cutting is almost inevitable. But is the laser truly the measure of all things? It is indeed, at least with regard to the investment costs, operating costs, wearing parts expenses, the costs for the suction systems and work safety. It doesn’t get any more expensive! 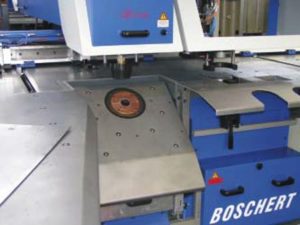 Focus on (the costs of) laser cutting…
It may be that all these costs are more than compensated by the achievable productivity,flexibility and quality, and that money can actually be earned with laser cutting. However,alternative cutting technologies can also make metal processing profitable, if we take a comprehensive view of things and meticulously compare all aspects of the cutting and part quality. Then there is only one alternative: plasma cutting! The same or similar metal parts can also be manufactured using flame cutting, but they then require a significant amount of expensive post-machining. With regard to contour accuracy and accuracy in general, flame-cut parts are at a significant disadvantage compared to laser-cut parts. Plasma cutting, on the other hand, has none of the disadvantages of flame cutting, and in contrast to laser cutting, produces less of a thermal load. Furthermore, plasma-cut parts are comparable in every respect to laser-cut parts, including precision, contour accuracy, flexibility or the quality of cut edges and surfaces.

State-of-the-art plasma cutting bears hardly any resemblance to its origins!
Plasma cutting used to be considered, correctly, only as an alternative to flame cutting, but in recent years it has undergone rapid development with enormous improvements in quality. At the latest the development of the HiFocus and HiFocus Plus technologies (secondary gas rotates around the plasma arc, bundles the cutting jet using a multiple-stage nozzle, or a further optimized jet generation system using modified gas flow and cooling as well as significantly higher cutting pressures) led to such good process results suitable for industrial use that laser cutting gained a serious competitor in the form of plasma cutting. Only for small holes and metal thicknesses of less than 1 millimeter is laser cutting still the No. 1 process, while in all other processing areas equality reigns from a purely technological point of view. However, plasma cutting is considerably more cost-effective. In the end, the question of which cutting system to use is also a question of the level of quality actually required for the customer’s parts and how much he is willing to pay for it.

The precision and quality requirements determine the processing technologies to be used
For typical machine and device construction as well as for vehicle components which have dimensions with relatively narrow tolerance ranges, plasma cutting suffices in 85-90% of all cases. Laser cutting is technically better only for very thin metal parts less than 1 millimeter thick, which must be cut with the finest precision. Ideally, a combination unit such as the “Combicut“ made by the specialist for metal processing machines Boschert GmbH & Co. KG, based in 79541 Lörrach, Germany, unites plasma cutting technology with punch technology, and is thus more than a match for the familiar laser-punch combination units. These aren’t merely airy assertions, but hard facts which define the situation very clearly, documented by detailed, in-depth studies and comprehensive budgetary analyses.