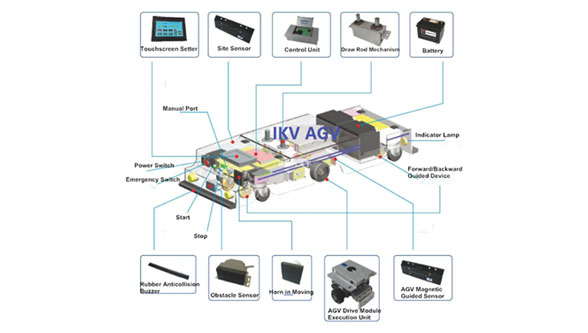 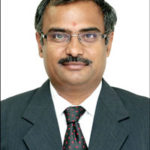 In the quest to reduce cost of manufacturing, the industry began to automate a lot of operations and one such operation is the movement of material. Automatic Guided Vehicles (AGVs) became the unanimous answer for manufacturers to transport materials seamlessly.

AGVs are designed for performing operations with quick turnaround time, repeatability and accuracy. An AGV is a portable device that follows a specified path using specific markers using vision system/ laser tracking / magnetic tracking or advanced navigation systems. Today, they are widely used in the industry for:

AGVs can be broadly classified into Cart Type, Tow type and Powered Deck Type based on material movement. They can also be classified based on navigation method such as, Magnetic Type, Laser Type etc. AGVs consist of 4 major systems: Navigation, Steering Control, Collision Detection System and Power Backup.

Navigation
To help AGVs navigate, two things need to take place – Navigation and Steering Control. An AGV normally consists of navigation system, steering controller, power back and safety system. It has various sensors including a laser system or a GPS system for navigation. Navigation in general is thru laser or magnetic strips. They have a set of scanners which ensure the path of the AGV is maintained throughout. Advanced development in scanner and “localized GPS” have made navigation easier. Field scanners are provided at various locations to understand dynamic movement of the “obstructions” such as machines, racks, temporary walls etc. Intelligence is built in to AGVs to decide an optimal path based on given traffic and obstruction. 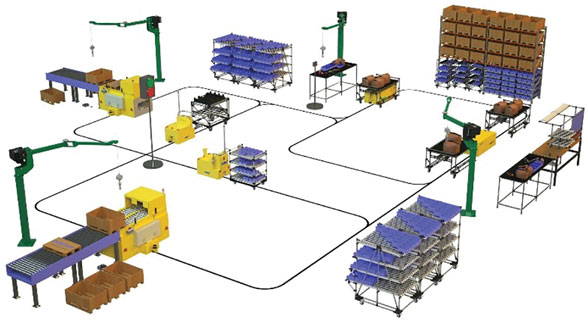 AGVs can be programmed with the destinations, loading and unloading of objects. They follow the path and communicate with the loading and unloading equipment. Steering control is achieved thru differential speed mechanism where 2 independent motors are mounted which rotate at different speed to achieve turning or straight movement. The movement is controlled by PLC based navigation system.

The major challenge with AGVs is power supply. They carry the power system on their back wherein battery swapping is the usual method to keep the AGV running. However, wireless charging is becoming a common feature and charging points are provided at every load / unload station thus, enabling charging at every station.

Assured Safety
Collision detection system is a major safety requirement in AGV. Normally front mounted scanners like ‘radars’ are provided to detect objects on the path. AGVs are equipped with bumper mounted sensors for detection of physical collision. Additionally, safe zones are created by field mounted scanners along the path wherein, each AGV will have a transmitter and receiver. As the AGV enters a zone, they receive signals confirming “clear” to enter and pass. These features have made AGVs collision free to a large extent.