Home LATEST NEWS This festive season, the forging and auto component industry is yet to witness healthy growth 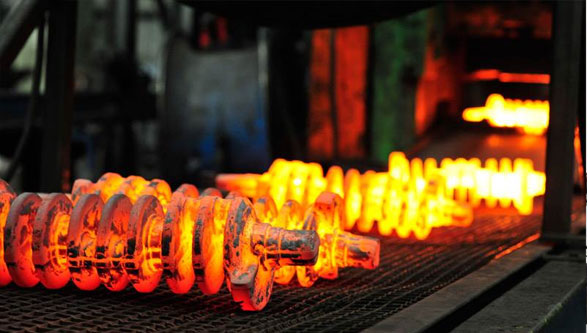 India’s auto sector, which grew at a rate of more than 10% in the early 2010s, is now struggling to stay in the green. Due to various factors such as semiconductor chip shortages, rising input costs, rising commodity prices, and rising fuel costs, total automotive sales in India have declined in double digits in the last two fiscal years (FY20 and FY21). Thus, the overall auto- components and forging industry have not seen an improvement in their order books.

The industry anticipated a rebound for the overall passenger vehicle market following the second wave of the COVID-19 pandemic. However, it is the supply, not the demand, that is likely to lead to longer wait times, which will have a long-term impact on consumer sentiment. Maruti Suzuki, Toyota, Hyundai, and Mahindra & Mahindra have already indicated that their vehicles will be more expensive in the coming months. As a result, the forging and auto component industries are anticipating a bleak festive season this year.

The apex body of the forging industry in India, the Association of Indian Forging Industry (AIFI) expressed concerns with regards to High Steel Prices, the increase in steel prices has hammered the Forging Industry in India. This year AIFI had raised its concern over high steel prices to the Honorable Prime Minister, Shri Narendra Modi. The association also wrote to Ministry of Micro, Small and Medium Enterprises, Ministry of heavy industries, Ministry of Steel, and Ministry of Commerce and Industry. With the ripple down effect of declining automobile sales, the forging industry is facing the heat with a sharp decline in demand which has resulted in substantial production cuts. The Indian Forging Industry primarily caters to the Indian Automotive Industry, which accounts for 60-70% of the forging production, with the auto sector witnessing the slowdown the forging industry has witnessed an average slowdown of 50% of the total capacity. 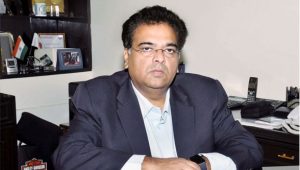 Mr. Vikas Bajaj, President, AIFI (Association of Indian Forging Industry) said, “The industry is still going through challenging times after the second wave. The sector faces new obstacles on a regular basis. The industry is currently concerned due to the lack of semi-conductor chips. It has an indirect impact on India’s forging sector. Additionally, customers are experiencing extended wait times, and the demand-supply imbalance may have an impact on automakers throughout the festive season. Furthermore, the rise in steel prices has harmed India’s forging industry. The basic requirement in forging industry is “STEEL” and the current price hike has disturbed the supply chain. If this continues to exist, the high steel prices will reach inflation levels more than what the country is currently witnessing. Additionally high raw material prices continue to be a challenge and high fuel prices continue to have an impact on customers and purchase decisions. If manufacturing production and demand do not improve in the coming months, the forging and auto-component sectors will continue to struggle”.

The forging industry in India comprises 85% of the MSME sector. Over 3 lakh people are employed directly in the industry, with an equal number employed indirectly. Indian forging industry is the second largest in the world, next only to China. The forging sector has been identified by EEPC as one of the key sectors for export growth. The Indian Forging Industry has always been a growth driver of the Indian manufacturing sector, and it is one of the important industries enabling and sustaining the success of the country’s automotive, power, and general engineering sectors. The industry has been meeting the requirements of OFM’s under the Ministry of Defence, by being a significant contributor to the ‘Make in India’ initiative. 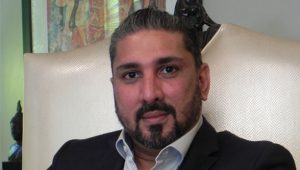 Mr. Yash Jinendra Munot, Vice President, AIFI said, “We believe that the government must take a comprehensive approach to reviving the reeling Indian forging sector and providing the necessary impetus. The industry is hoping that the government will take a few immediate steps. The revival will be critical in strengthening the Forging Industry and providing collaborative platforms to address the industry’s challenges. The introduction of “Electric Vehicles,” will be a direct impact on the forging industry, reducing demand for moveable parts used in vehicles which will result in major unutilized forging capacities. However, the industry continues to support our government in their green mission. As a result, it is time for the forging industry to expand into non-automotive domains such as infrastructure, defense, healthcare, and railways where the current government is also investing heavily”.

With an annual output of about 20 Lakh Metric Ton (FY 20-21 Approx.), the Indian forging industry has about close to 400 forging units, of which 80 to 82 % can broadly be categorized as Tiny and Small Enterprises. While 10 % are Medium Sized, the remaining being Large Scale.

While SMEs contribute 30 % of forging production, the Medium and Large-Scale units contribute 70 %. With a total production worth INR 45000-50000 crore the forging industry provides direct employment to more than 300,000 people in the country along with an additional 60000 contract labourers.

Meltio Signs a Strategic Partnership with the Largest CNC Manufacturer in India, BFW

How to Prevent Deformed Parts During Aluminum Machining

Designing it bigger. Making it better