The machine tools industry did not gain anything special 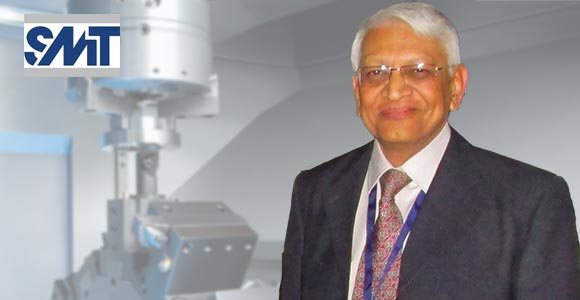 The Budget was more focused on Agriculture and Infrastructure. However, the ripple effect of these sectors do help Machine Tools. The manufacture of tractors & implements would go up. The rural population’s disposable income would go up resulting in sales of more vehicles, household appliances and consumer goods. All of these sectors do need more Machine Tools to meet added demand. The growth expected on Defense and Aerospace sector was not so impressive. Those sectors should have been given more weightage in the Budget, as they drive up demands of all industrial sectors and has high potential for job creation. The ‘Make in India’ would become a reality when large number of youth, especially skilled and semi-skilled are employed in the manufacturing industry. The Budget was a bit of a disappointment when it came to middle Income salaried urban and semi-urban population.

Growth will be there basically due to the size of the economy and momentum gained over the years in moving forward. This Budget’s focus on Infrastructure would help certain sectors to grow fast and overall effect would be good for the country. The Industrial and Farm sector loan defaults and its effect to banks would cast shadow on the growth front.

Machine Tool industry in particular did not gain anything special. The reduction in Corporate tax to 25 % for turnover  up to 250 Crores, would benefit some of the major machine tool manufacturers  in the country.

The Government’s decision to have only Electric Vehicles from 2030 and reduced GST for electric vehicles is a welcome sign. However, the Government must set a large fund to help in R & D efforts of industry to make this feasible. The future of entire auto ancillary industry remains in the dark as the concept of manufacturing vehicle will change. Several auto ancillary industries are already concerned about expansion in view of what future holds for their current plant and machinery. Investment on high end machines is being avoided as payback periods are long.

Cutting costs, while saving the planet