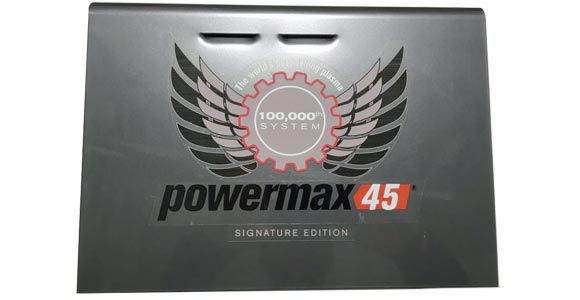 Hypertherm, a manufacturer of plasma, laser, and waterjet cutting systems, is marking a major milestone with the production of its 100,000th Powermax45® plasma cutting and gouging system. This milestone makes the Powermax45 the bestselling plasma system of all time. It easily beats Hypertherm’s previous record set in 2007 when the company announced it had sold 50,000 Powermax600® units. 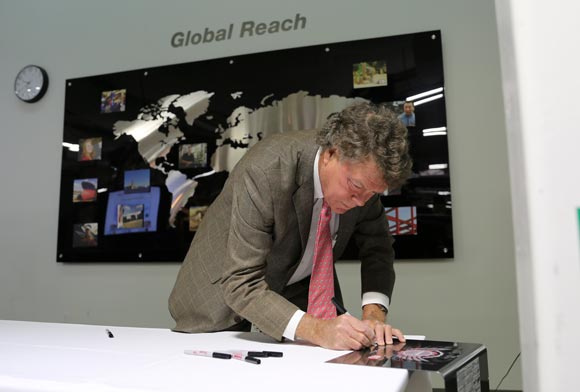 Introduced in 2008, the popularity of the Powermax45 is due in large part to its incredible versatility. It is portable — weighing in at 16 kg — yet powerful enough to easily cut 12 mm thick metal, and sever 25 mm thick metal if needed. In addition, the system is designed for handheld or mechanized cutting and gouging.

The 100,000th system came off an assembly line in New Hampshire on Thursday morning. It was then outfitted with a special commemorative cover signed by dozens of Hypertherm Associate-owners, including company founder Dick Couch, and shipped to Savannah, Georgia for the Gases and Welding Distributors Association (GAWDA) Spring Management Conference, which began on Sunday April 3. 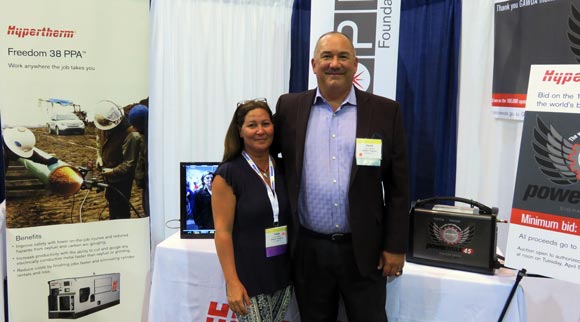 Conference attendees, which include representatives from gas and welding distributors throughout North America, were given an opportunity to bid on the system during a silent auction that concluded late afternoon on April 4. The winning bid was made by Dave Walker, treasurer at GAWDA who offered $2,525 for the system. Proceeds from the auction will be donated to the GAWDA Gives Back, which provides funding to in-need nonprofit organizations in the city of the GAWDA Annual Convention.

“As a company, we are humbled by a milestone such as this, as we realize the enormous amount of work that went into making this system the world’s bestselling plasma,” said Bruce Altobelli, who leads Hypertherm’s Powermax team. “We are grateful to our network of authorized distributors for their support and belief in Hypertherm products and to their customers for choosing Hypertherm.”

Hypertherm designs and manufactures advanced cutting products for use in a variety of industries such as shipbuilding, manufacturing, and automotive repair. Its product line includes plasma, laser and waterjet cutting systems, in addition to CNC motion and height controls, CAM nesting software, and consumables. Hypertherm systems are trusted for performance and reliability that result in increased productivity and profitability for hundreds of thousands of businesses. The New Hampshire based company’s reputation for cutting innovation dates back nearly 50 years to 1968, with Hypertherm’s invention of water injection plasma cutting. The 100 percent associate owned company, consistently named one of the best places to work in America, has more than 1,400 associates along with operations and partner representation worldwide.