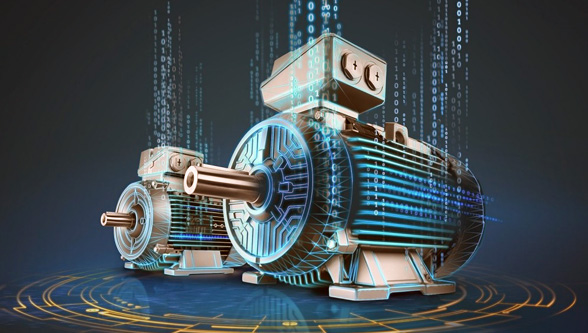 Electric motor will be the driving force in the near future. Wit fossil fuel drying up as well as becoming a serious threat to the environment and solar power still a long way off it will be electric motors which will rule the roost. Things are rapidly changing in the world of electric motors. What we are seeing today will become obsolete in the next five years as a new generation takes over.

Car enthusiasts have long-obsessed about what is under the bonnet of a traditional car, but in the electric world the motor does not get enough attention.However, that may be about to change, according to Dave Oude Nijeweme, head of technology trends at the Advanced Propulsion Centre (APC), a joint project between the UK government and the automobile industry. Dave says major improvements in motor technology are set to have a profound effect on the performance of electric vehicles in the tears to come.

A permanent magnetic motor includes a rotor containing a series of magnets and an electricity-carrying stator (typically taking the form of an iron ring), separated by an air gap. Currently, there are three types of electric motors that can be fitted in hybrid or plug-in electric vehicles.

Internal permanent magnet (IPM) motors have huge power density and maintain high efficiency over a significant percentage of their operating range. Practically, all hybrid and plug-in electric vehicles use rare earth permanent magnets in their traction motors. Because of the high costs of magnets and rotor fabrication, these motors tend to be expensive.

Among the other challenges to using IPM motors include the limited availability and high cost of rare earth magnetic materials. In spite of the hurdles, the automotive industry anticipates continuing to use IPM motors in the majority of electric drive vehicles over the next decade.

Induction motors have high starting torque and also offer high reliability. However, their power density and overall efficiency are lower than the IPM motors. They are widely available and commonly used in various industries today, including some production vehicles. However, since this motor technology is mature, it is unlikely that further research can achieve additional improvements in efficiency, cost, weight, and volume for future electric vehicles.

Switched reluctance motors offer a lower cost option and are easier to manufacture. These motors also have a rugged structure which can tolerate high temperatures and speeds. However, they generate more noise and vibration among similar motor designs, which is a major challenge.Additionally, switched reluctance motors are less efficient than other motor types, and require extra sensors and complex motor controllers that increase the overall cost of the electric drive system.

When it comes to making electric cars better, it’s the batteries that engineers talk about the most.But aren’t we going to talk about the motor that actually drives the car?And with new technologies like 3D printing to in-wheel motors (IWMs) that allow a car to spin on the spot, electric motors are sure to be grabbing more of the limelight.

“We all know that the power of a motor increases as its speed goes up. A manufacturer wants to spin it as fast as possible in order to make it as small as possible – but then one gets into the problems of cooling,” says the managing director of British motor manufacturer, Equipmake, Ian Foley.

Equipmake’s solution to this problem is to rearrange the motor’s magnets in such a way so that they’re positioned like the spokes of a wheel.This not only increases torque (the force which causes rotation) but also makes the magnets more accessible, so that cooling water can be run directly over them. The company is also now using additive manufacturing – 3D printing – to improve cooling as well as cut costs.

“Fundamentally, we derive two benefits from additive manufacturing. Firstly, you can integrate multiple components, so you end up with a much lower component count because things that would previously have been bolted together are all in one piece,” says Foley.

And the second thing is the issue of cooling. In order to cool one needs much more effective heat exchanges, and with additive manufacturing one can effectively increase the surface area inside the motor for the cooling surfaces and therefore get much greater cooling potential.