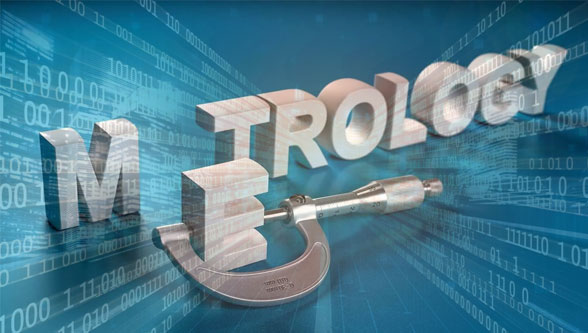 The latest advances and innovations in sensor technologies because of Industry 4.0 perform as the backbone for an inclusive growth of industry and ramping up the economy of any country. Basically, Industry 4.0 was conceptualised by introducing the Internet of Things (IoT) and Information and Communication technologies (ICT) that serve as an interface between digital and physical world via the fusion of smart sensors. The smart sensors and IoT-enabled industrial infrastructure play pivotal roles in adapting to the advanced technologies based on fusion of smart sensors. And modern metrology plays a critical role in all this.

Digital meteorological traceability and uses of intelligent sensors, instrumentation and machinery in Industry 4.0, Smart Cities, Digital India and AtmaNirbhar Bharat missions of the government of India, are in significant demand as they are highly important, which is going to increase manifolds in the years to come. In the above-mentioned context, it is important that we delve into the modern metrology industry.

Times are changing rapidly and likewise Industry 4.0 technologies are also being adopted in many parts of the world. Such cutting-edge technologies are utilised to produce smart materials, smart factories, smart logistics, smart warehousing and smart supply chains. In the business aspect, such technologies have the potential to solve complex manufacturing problems.

Digital technologies help companies optimise their material wastage and inventory which ends up in cost reductions. Additionally, through remote collaboration, on-site and off-site employees can easily collaborate when needed as they manage to reduce communication gaps and help the employees stay up to date with the information. Smart predictive analysis should help properly monitor the equipment in the factories and workplaces using Industry 4.0 technologies. Such technologies, including modern metrology, help in detecting defects in materials and resolve them at an early stage. Moreover, they also make the systems and processes transparent and fulfil the expectations of the customer.

The design and fabrication of smart sensors have thus emerged as a leading focus area for researchers in recent times. Along with advancements it has become a basic need to have more and more accurate and precise measurements that lead to reliable and robust design of smart sensors. At present, sensors are being used to record and analyse data from the most hostile and challenging circumstances like biomedical measurements, space applications, meteorology applications, physical and chemical metrology, electrical and electronic measurements. Specifically, sensors help in monitoring the conditions of the machines, devices or structures in which they are integrated. Despite the existence of integrated sensor networks, a wireless sensor network has a long-term potential as well as importance and can be made responsible for enhanced throughput based on the collected data. However, wireless sensor networks still face several conceptual and optimisation problems like tracking, deployment and reliability-related issues. Generally, wireless sensors are deployed in a harsh environment.

In the year 2020, a report stated that the metrology industry was projected to reach a revised size of US$22.3 billion by 2027, growing at a CAGR of 7.9 per cent over the analysis period 2020-2027. One of the segments analysed in the report is hardware, which is estimated to grow at a 7.3 per cent CAGR and reach US$10.2 billion by the end of 2027. An early analysis of the commercial implications of the pandemic and the following economic crisis, it is found that growth in the software segment has been revised to 8.1 per cent CAGR for the next seven years to 2027. This segment currently accounts for a 32.5 per cent share of the global 3D Metrology market.

Looking at the global services scenario, it is likely that USA, Canada, Japan, China and Europe will drive the 8.9 per cent CAGR estimated for this segment. This market cluster, which accounted for a total market size of US$2.1 billion in 2020, will reach a projected size of US$3.9 billion by the close of the analysis period.

China will continue to be among the fastest growing market in this. With countries like Australia, India, and South Korea, the Asia-Pacific market is forecast to reach US$2.6 billion by the year 2027.

According to the Technology and Measurement Foresighting magazine, in the 2030s metrology will have three primary priorities:

Observers feel that in the days to come there will be more flexible measuring software (communication with multiple systems) that can be programmed with a user-friendly interface. At present, measuring systems that are able to acquire and process massive amount of data through high accuracy contactless measuring systems.

Metrology systems will evolve that can be integrated into multidisciplinary communication networks. Decision making and data evaluation systems will get better. Real-time measuring systems for various gdl (100 per cent production control) and new measuring techniques and technologies will be developed.