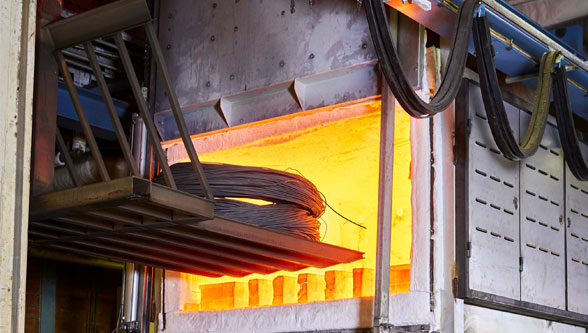 Achieving zero carbon dioxide and nitrogen oxide emissions is no easy task especially for those operating gas furnaces. To accelerate the green revolution in aluminium production, Kanthal, part of Sandvik Materials Technology (SMT), is using its expertise in heating technology to ignite a step-change towards clean energy alternatives. In recognition of Kanthal’s success, its landmark “Go Green” testing service has been awarded Sandvik’s first sustainability award.

Industries such as aluminium processing are at a crossroads, as they face pressure to comply with safety and environmental standards, without compromising performance.

As a leading supplier of heating technology and services, Kanthal recognised the need to strike this balance and encourage the conversion from fossil fuel furnaces to electric alternatives. The company’s recent innovations include the Kanthal Flow Heater system, which not only provides heating temperatures of up to 1100 degrees Celsius (°C) and zero carbon output, but testing also shows that the electric heating system’s net efficiency is as high as 90 per cent.

In addition to its products, Kanthal’s on-site evaluation service, called Go Green, provides calculation models, reports and customer recommendations, enabling the company to customise its offering to each customer when helping them make the switch to electric power. This evaluation service has enabled companies to meet their own sustainability and workplace targets, comply with regional emissions rules and has even facilitated government support for expansion projects.

To date, Kanthal’s implementation of electric furnaces has helped reduce carbon emissions levels by over 160,000 tonnes.

Sandvik has encouraged sustainable efforts across its business areas since the very beginning of its operation, and recognised the Go Green service as the winner of its first sustainability award during Sandvik’s Annual General Meeting on 28 April 2020.

The two other finalists of the award come from Sandvik Rock and Mining Technology (SMRT), which has improved the lifecycle of Sandvik’s cone crushers, and Sandvik Machining Solutions (SMS), which has successfully reduced energy emissions from chemical vapour deposition (CVD) and sintering processes.

When she grew older, Sigrid was appointed a member of Sandvik’s management team and an inspector of its social institutions. She encouraged Sandvik to focus on social conditions at a time when such efforts were a rarity.

Since the 19th century, Sandvik has continued Sigrid Göransson’s legacy and has integrated a number of sustainable goals into its business objectives. These include reaching more than 90 per cent circularity across Sandvik’s business units by 2030 and halving its carbon dioxide production by the same year.

“Sustainable business has been at the heart of Sandvik’s operations for centuries,” explained Ulrika Wedberg, head of sustainable business at Sandvik Group. “From Sigrid’s Göransson’s legacy of change and care for Sandvik’s employees, to where we are now, we continue to make strides in order to benefit our people, customers and the planet.

“Kanthal has managed to turn sustainability into a proven business advantage, combined with a clear way to measure and calculate the reduced tonnes of carbon dioxide that furnaces emit. Selecting a winner was no easy feat, but we hope that by celebrating the invaluable efforts of Sandvik’s employees, we can encourage others to continue to innovate and make a real difference.” 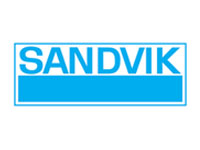 How does Industry 4.0 impact traditional manufacturing?