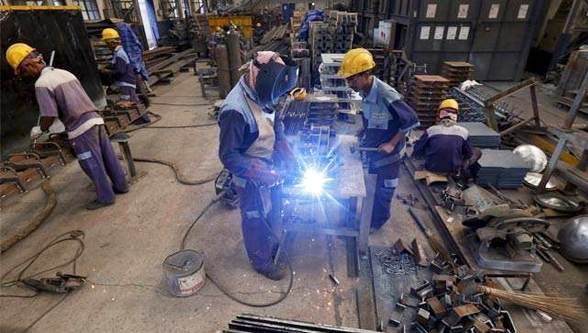 
Weak demand and muted output prices may further weaken the manufacturing sector, dragging it in the second half of the fiscal year as well. The industrial production in India is contracting since August 2019 and even the forecast indicates no relief in the near-term.

A contraction in output of eight core industries, which constitute 40 per cent of the index of industrial production, extended into the second consecutive month in October and became more pronounced, said RBI in its December bulletin. The index is pulled down by the downturn in coal, electricity, cement, natural gas and crude oil.

Read our take on it here.

The prolonged downturn in the industries have already pulled down the GDP growth in the last two quarters and now in the third quarter as well, the conditions are no different. “The overall sentiment in the manufacturing sector remained pessimistic due to continuing downbeat sentiments on production, domestic and external demand, and the employment scenario,” said RBI.

Manufacturing firms expect weak demand conditions and reduced input price pressures in the second half of the current fiscal year. They also expect that the output prices will be muted that will further weaken their pricing power.

Meanwhile, the industrial output shrank 4.3 per cent on-year in September, which was worse than market expectations of a 2 per cent fall. Considering the first half of the current fiscal year, the industrial output went up 1.3 per cent.
Read the original article here.
Share feedback and join the discussion on the Telegram Group
https://t.me/joinchat/KMczvFb8wiUlmJEaE-Ugnw
Tags: BusinessManufacturingNewsRBI
Share 0
Tweet
Share