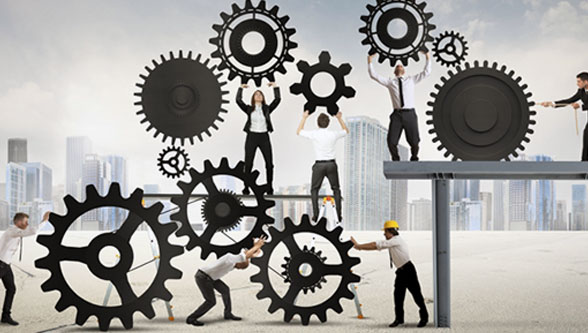 Despite the green shoots being spoken about regarding the economy there are certain problems which are cropping up. Among the Covid-19 deaths in India, which have reached almost 1.10 lakhs, almost half have occurred among the below-60 age group. Which means the country’s workforce has been significantly impacted. This means it will be an uphill task to get the economy back on rails and particularly, the manufacturing segment.
As a twin shock to the economy, industrial production declined eight per cent in August, while retail inflation rose to an eight-month high of 7.34 per cent in September, further delaying a rate cut by the central bank to bolster the shrinking economy.

Decreased output in the manufacturing, mining and power generation sectors further pulled down industrial output, which had contracted 1.4 per cent in August 2019.

Manufacturing sector’s output decreased by 8.6 per cent, while the production of the mining and power segments was down 9.8 per cent and 1.8 per cent, respectively.

According to a statement issued by the ministry of statistics and programme implementation, it might not be appropriate to compare the IIP in the post pandemic months with the IIP for months preceding the pandemic.

As the festive season arrives, the automobile industry has started moving ahead but celebrations are muted as the big question is how long the acceleration will last. Although there’s a pent-up demand but the blow from the coronavirus pandemic along with an already sharply slowing economy means buying is still very tentative. While the industry startled analysts in August with a 14 per cent jump in passenger vehicle sales and a three per cent rise in two-wheeler buying, nobody’s willing to place any bet on the coming months.

In August last year, car sales had dropped by 41 per cent – the steepest decline in two decades. Following the nationwide lockdown implemented on March 24, April turned out to be a nightmare for the automotive industry as it registered zero sales. The automobile sector, in general, has been much transformed by the COVID-19 outbreak

On September 24, motorcycle maker Harley Davidson announced that it was calling quits on its manufacturing and sales operations in India as part of a restructuring operation put into place as a consequence of the economic climate triggered by the COVID-19 outbreak. With the approval of its ‘The Rewire’ plan, it will also look to retrench 70 employees while it identifies a local partner to serve its existing customers in the Indian market.

Its decision to exit the Indian market makes it one of the first casualties in an automobile sector that has been wreaked by the fallout resulting from the virus outbreak. In truth, the pandemic could not have arrived at a worse moment for India’s auto-makers who were already reeling from record low sales in 2019.

As per its projections, the passenger vehicle segment is expected to decline to just over 19,00,000 units this year, lower than the volumes seen over a decade ago. The segment registered sales of just 5,52,429 units between April and August – an alarming 49 per cent less than it did in the same period last year.

Of late, the World is planning the strategic decoupling of China from its respective manufacturing ecosystem. Over the years, China has developed a strong ground connection through an unbeatable competitive advantage with the globe’s manufacturing value chain. Their reach to the sector has been expanded beyond China’s domestic boundary, integrating all domestic stakeholders with the global counterpart at respective levels. They effortlessly proliferated and created a seamless production process reaching all the global customers’ doorstep using their ahead of time thinking.

This journey to the manufacturing world was predominantly unopposed until Corona came into light. India imported goods worth $ 62.40 billion from Apr’19 to Feb’20 indicating our dependence on them. They are supplying goods worth around $ 2500 billion to the entire world. The world market is now seeking to have a possible alternative in the fast-changing supply chain domain. Regionalisation is fast replacing globalisation under the slogan ‘go-local’.

China has not entered into the global market overnight. They strategically penetrated the market through a long market invasion strategy. Their Govt. has subsidized their manufacturing cost through various incentives. Power tariffs are very low for the manufacturing sectors. Besides Power, they are provided with many export-oriented product incentives attracting more SSI and MSMEs in the export business. They have dedicated a few cities with earmarked product categories. Their industry-specific manufacturing city has been planned by the Chinese Government long ago. Road and rail connectivity is of world-class quality, making the transport cheaper. The export market contributes significantly to the Chinese economy. Their consistent trade-balance indicates their economic strength.

Finding a possible option to do away with China from the manufacturing value chain ultimately is a strategic call and a long-term process. This cannot be achieved in a short-term manner. China has put in a lot of efforts to establish its manufacturing strength, making the world ecosystem Chinese dependent. It made others learn to live with ease with their lowest price and faster doorstep delivery, competing local markets. By understanding customer pain points, they have developed a customized export model to mitigate their remote existence. Their business model is tightly coupled with the destination countries’ value chain to dominate the customer countries’ production process.