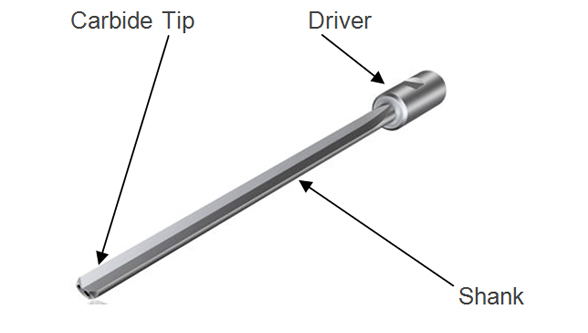 Since 1999, Accusharp is in the activity of manufacturing metal cutting ‘Round Tools’ like Carbide and H.S.S. drills, end-mills, reamers, cutters, burrs, form tools, step drills, etc.

As a matter of fact, it is difficult to drill a straight and accurate dimensional hole of a depth more than about five times the diameter using a standard twist drill.

However, using a ‘Gundrill’ one can make a ‘Deep’ hole of much longer depth; even 200 times the drill diameter. Not only it drills 200 times deep, but also with the precision tolerance of hole size, roundness, straightness, concentricity and surface finish in one pass. As it can cut small diameter and long length holes, the Gundrill can be also suitable for very deep hole drilling to machine parts as up to a 300:1 depth-to-diameter ratio.

This typical drill was initially developed 100 years back in Germany, to drill Gun barrels having 5.56 mm (0.223 inch) bore caliber barrel of rifles with 508 mm (20 inches) length, – nearly 100 times the diameter of the bore. The Gundrill was developed to drill such long, straight holes of high accuracy dimensional requirements.

And since then, this type of drill is known as ‘Gundrill’, even if subsequently it is being used for other industry requirements and applications.

Because of the high capabilities of this innovative ‘Deep Hole Drilling Concept’, it was but natural, that various industrial sectors got attracted to assess its appropriate extended use for their metal cutting applications. And since then it became widely popular in other industry sectors, as well.

Gundrilling is an ideal solution for most of the deep and high precision drilling projects. This operation produces deep holes with precision, high surface finish, and can maintain repeatability of the process.

Looking at the present increasing need from various industry sectors, those who are in metal cutting, Accusharp, this year, decided to make ‘Gundrills’ to meet the industry requirements.

More about ‘Gundrill’ for Deep-Hole Drilling:

Gundrills can make holes of exact specified size, with precision tolerances, produce burr-free holes. It can also be used with special formed shapes in blind holes for bottom forming with a minimum of machine revisions. Gundrilling can be done on CNC machining centers, lathes and milling machines with relatively small investment. The process can be made affordable even for small shops with their various production requirements. 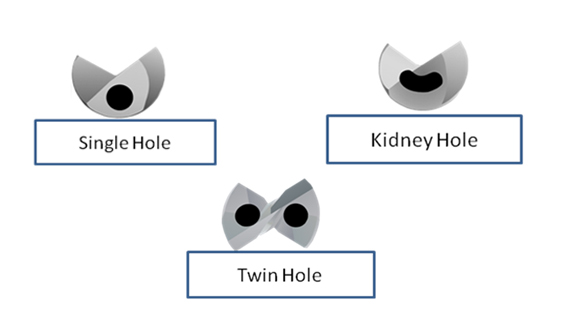 Gundrill Tip can be resharpened several times to extend their life.

This is the most critical element of a Gundrill, made of special grade of Tungsten Carbide. Tip pilots the drill through the work piece and cuts the hole of precision dimensional properties. The drill-point, or nose geometry has two basic angles which may vary according to the work material and process parameters. These angles balance cutting forces on the bearing bush to keep the drill concentric. The tip diameter is slightly larger than the shank diameter, so that the shank can rotate freely without touching the hole. A round, kidney-shaped, or two round holes through the tip are provided through which high pressure coolant passes continuously during the drilling operation.

Driver is a cylindrical piece located at the other end of the Shank. It is made out of special alloy steel, and dimensionally according to industry standards. Driver has a concentric hole through its length for coolant to pass through in to the Shank. This also has an undercut or flat section for the set screw, which holds in the spindle bore.

Two Flute Gundrills, with special nose geometry, are used for non-ferrous materials and allow for up to 80% increase in feed rates.

Two Flute Gundrills, with special nose geometry, are used for non-ferrous materials and allow for up to 80% increase in feed rates. 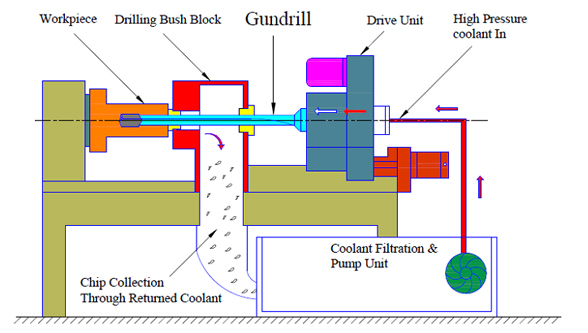 Long length of the Gundrill Shank is externally supported by bushes or bearings to avoid vibrations and to maintain the linearity, roundness precision and desired surface finish of the drilling operation.

Depth to Diameter Ratios vary according to the type of the drill and process being used.

What are the advantages of Gun drilling process?

Gun drills practically can be used in any industry wherein close tolerance long length holes need to be drilled in metal components.