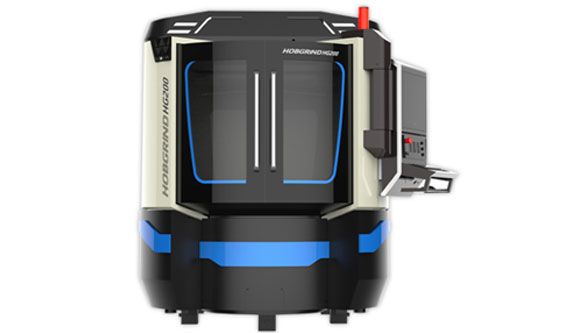 WIDMA® has launched Hobgrind HG200, a five-axis CNC machine dedicated to regrinding high-precision hobs and shaper cutters of both spur and helical type. This machine is ideal for gear manufacturers, especially those looking to perform regrinding operations inhouse with end-to-end quality control, besides benefitting from reduced inventory levels and lead time.

The new machine is built with thermal stability to ensure that the hobs are ground to the highest precision levels. It has a combination of sleek and compact looks, yet a robust structure. Weighing nearly 4.5 tons, Hobgrind HG200  has a cast iron base having special vibration dampening characteristics that enables smooth performance and ensures accuracy.

Key features of Hobgrind HG200 include :

The machine is configured with a direct drive grinding spindle operating at 11 kW peak power and maximum speed of 9000 rpm. Ball screws for the three linear axes are directly coupled to high torque AC servo motors for precise and accurate movement. The machine also features roller type guideways to provide high rigidity and enable the linear axes to achieve a maximum rapid traverse speed of 20 m/min. The work head has an ISO 50 taper for component holding and its swivel axis (B-axis) comes with a worm-drive arrangement and a high-resolution external encoder for direct feedback.

Precision, versatility, and shorter cycle time help users to reduce the regrinding cost of hobs and shaper cutters significantly. The hob inspection cycle on the machine checks the hob before removing it from the machine after regrinding.

The machine also comes with safety features, such as an automatic fire extinguisher and pneumatic counterbalance for the vertical axis, in addition to a brake on the vertical servo motor to ensure that the machine is safe in case of power failure.

The Hobgrind 200 is available to order now from WIDMA’s state-of-the-art manufacturing facility at Bengaluru. Review this and other WIDMA machines by visiting https://www.widma.com/