ANCA appoints Daniel Shepley as Apprentice of the Year 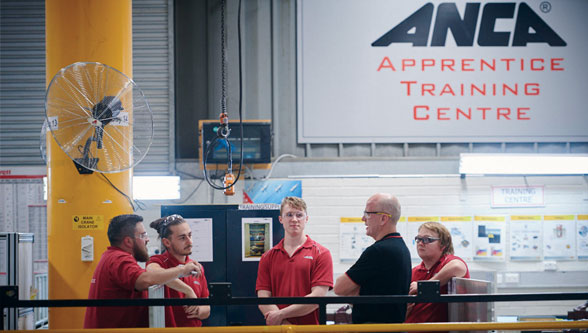 ANCA, a privately owned global exporter of advanced technology headquartered in Bayswater, Melbourne was find it difficult to recruit young engineers and trades people to join their team. With over 1,000 people around the world, a turnover of $250 million and being the dominant player in its sector, searching for skilled people was becoming a major business issue.

In response ANCA decided to train its own and in January 2011 they established an apprenticeship program which has been successfully training highly skilled technicians since. Set up by co-founder Pat McCluskey, the program has been designed to offer participants a range of technical training paths in CNC machining; machine building; fault finding and analytical skills; machine commissioning and customer service. ANCA currently has 15 apprentices and recently celebrated the graduation of four of these from the program.

Daniel Shepley, Commissioning Technician graduated the ANCA Apprentice 2019 program this month and took out the Apprentice of the Year award by the company at the celebration evening. Of participating in the program Daniel said: “It feels great to finish my apprenticeship after four years, I have worked in multiple parts of production learnt different skills in different areas and met heaps of great people. My proudest achievement over the time of my apprenticeship would probably be the first time I was sent overseas. I was sent to Weinheim in Germany for three months to support ANCA’s German branch. It was a challenge working on some unfamiliar tasks but I learnt lots and was happy with the job I did.” 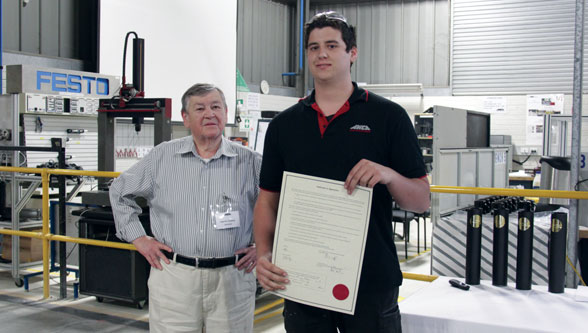 “The biggest challenge of the program would have to be being sent over to America for six weeks to install new machines and service some older machines out in the field, I worked in various parts of Michigan, Ohio and Indiana. Although it was challenging it was really rewarding to travel to customers and work on their machines resulting in good outcomes,” Daniel concluded.

Stuart Gurney, Apprentice Master said: “ANCA has a proud history of investing in its people to develop a highly skilled and engaged workforce. My apprentices get exposure to CNC machining, precision fitting, electrical testing and grinding applications throughout their four-year program.”